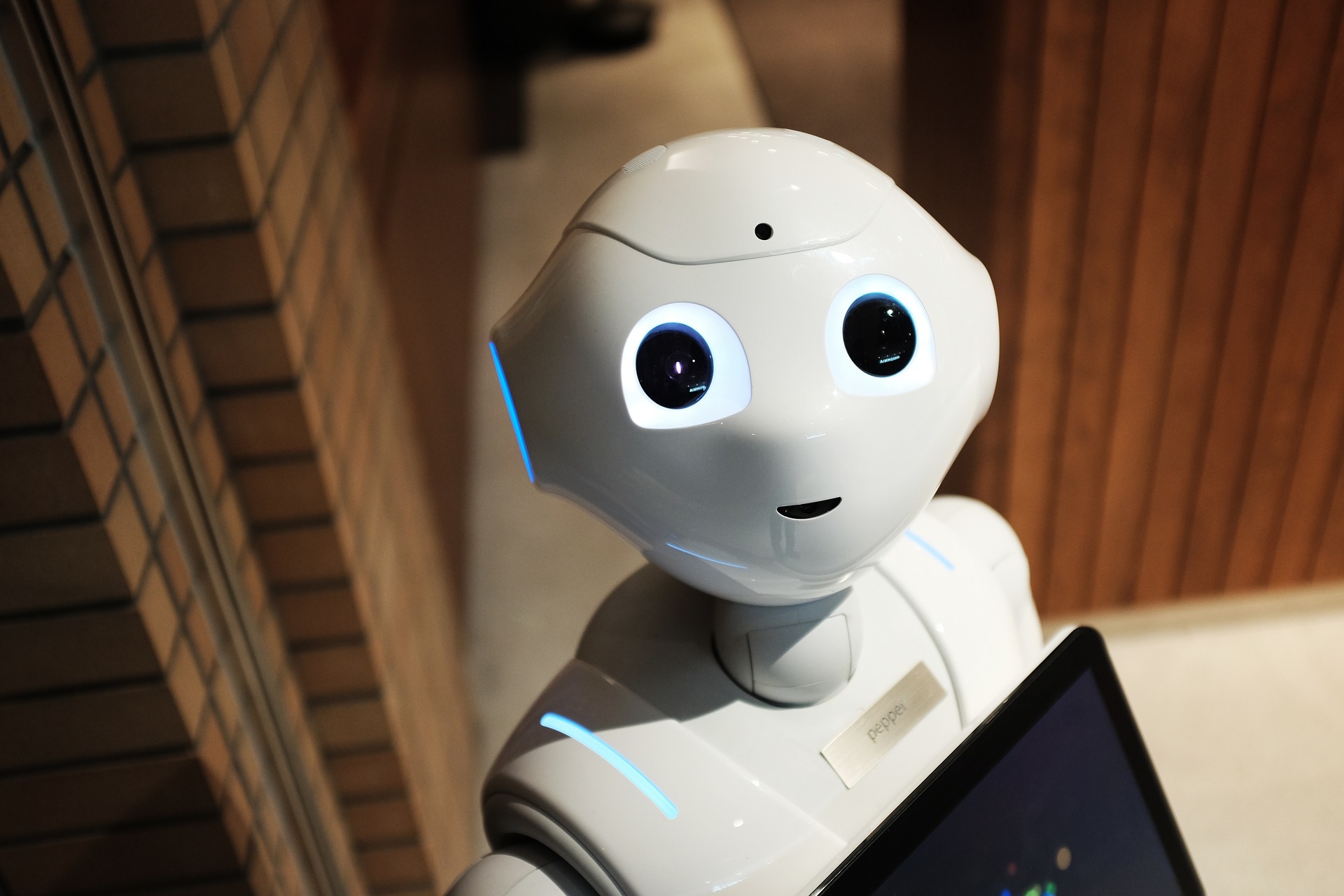 AI Artificial intelligence is now 60+ years old as a field and younger as an industry. Since inception, the quest to develop true AI has been both intense and mild, high and low, hyped and played down.

The AI journey, is no doubt, quite a long journey and we have come a long way, from experts systems to deep learning systems, that’s a long journey indeed.

AI systems have achieved great feat like betting the world chess grandmaster, beating champions of Go and being able to process human languages.

Today artificial intelligence can speak, see, learn, and translate between languages among other incredibly things. Yet, AI cannot exercise free will, or explain itself.

This article is aim at exploring the things AI can and cannot do today, debugging AI myths and establishing/confirming AI facts.

Want to know the things AI can and cannot do today, in detail? Then keep reading.

Things Artificial Intelligence can do

There are so many things artificial intelligence can do today, here are some of them:

AI systems have learned to do so many things, they have learned to play games (in some cases even better than humans), and they are learning to drive vehicles on real world road (they have even started driving vehicles albeit in a small scale).

Fascinatingly, AI systems learn like humans do. They learn by feeding on as much ‘data’ as need on whatever they want to learn.

How do we (humans) teach our children that a “ball” is a “ball”?

We do so simply by showing them a ball (whether in pictures or otherwise) and tell them repeated and sometimes on different occasions, “This is a ball”.

That’s pretty much how AI systems learn things, thanks to deep learning. You show an AI system pictures of a ball and tell it “this is a ball” repeatedly. Do that over and over again and it will learn to recognize a ball.

2. AI can see and identify things

Artificial intelligent systems are capable of seeing things and identifying the things they see. You know the way you will be able to cars passing and be able to “know” that what you see passing is a car?

Artificial intelligence systems have the ability to do the same. AI systems have learnt to identify objects in pictures (still and moving pictures) and that ability equals the ability of sight.

The ability of AI to see is referred to as computer vision.
Computer vision is a sub-field of Ai dedicated to AI’s ability to read and identify visual images.

In 2015, Baidu’s AI system, Minwa proved that AI systems are now better than humans at recognizing and sorting images.

AI systems are now able to process many human languages, thanks to advances in Natural Language Processing and Planning (NLPP). NLPP is a sub-field of AI dedicated to developing AI systems with the ability to understand human (natural) language.

Remember, computers (machines) only understand instructions in the famous computer/machine language, but with advances in NLPP, AI systems can now take instructions in human languages.

AI has been successfully deployed to make predictions, like predicting who will die prematurely, predicting stock prices, or know when someone is about to attempt suicide.

It has also been deployed in other lifesaving areas, like predicting fatal heart attacks and also in Hollywood to predict which movies will be successful.

5. It can protect from Cyber Attacks

Cyber-attacks has been one of the major disadvantages of the internet, from spammy emails to major hacking incidents, cyber-attacks are as bad as painted.

AI systems have prospered greatly in the area of cyber security, having being deployed to filter spammy emails autonomously and forecast hacking incidents successfully.

In 2015, Google claimed its AI system are able to remove 99% spams on its email service provider, Gmail, and as of 2019, Gmail is now blocking over 100 million spam messages per day.

7. It can write publishable articles

This is quite a great feat for AI systems to achieve, even by human standards. Writing articles that get published (or that is publish worthy) is something many humans just cannot do. Yet, AI is able to do so with insane speed.

AI has so far written numerous articles that have been published in popular news sites like in the Washington Post.
Writing articles that gets published requires a great deal of intelligence and this is a statement of where AI is going with respect to it being creative.

8. AI can help Paralyzed Patients handwrite with their minds

AI has been successfully deployed to enable patients paralyzed from neck down, to hand write with their minds.
In an experiment conducted in October 2019, a volunteered paralyzed patient was able to imagine moving his arms to write each letter of the alphabet (from A-Z) and it worked.

The AI system was eventually able to read the volunteer’s imagined sentence with an approximately 95% accuracy at a speed of about 66 characters per minute.

This is a feat that has since raised eyebrow in AI’s ability to not just help paralyzed patients handwrite, but also ‘read minds’.

AI can play a lot of games, in most cases even better than humans (and I guess that’s no surprise). AI in games has been around for a long time, since the early days of AI, so much that progress in Game AI is used to evaluate progress in AI.

Today, AI can play chess, poker, go, and video games (such as StarCraft II & Dota 2). In all these games AI has been able to defeat experienced human expert hands down.

10. AI can be your personal assistant

Are you in doubt?

They can find information online at your command, help you control your smart home devices, and manage your daily schedule among other things.

Amongst the most popular AI personal assistants are Alexa by Amazon, Google Assistant by Google, Siri by Apple and Bixby by Samsung.

Other things AI can do

There are so many things AI cannot do today, here are some of them:

AI has been able to carry out many create arts like writing poems, news articles and making paintings, albeit not entirely by itself.

In some cases, like the wonderful paints produced by AI-Da (the world first robot artist) requires some human assistance.

AI systems are currently incapable of original creativity, they lack imaginative powers, and cannot come up with ideas that are not related to their training data.

According to Oxford Online Dictionary, freewill is the power of acting without the constraint of necessity or fate, the ability to act at one’s own discretion”.

In the light of this definition, sorry, AIs currently cannot choose their course of action without being impeded by humans directly or indirectly. AIs today cannot just do anything by their own choosing without a human somehow allowing it.

AIs today are far from being emotionally intelligent. They cannot yet comprehend emotions; lacking the capacity to be truly aware of theirs or people’s emotion.

According to Mayer and Salovey 1997, Emotional intelligence refers to the cognitive ability to correctly perceive, use, understand, and regulate emotions in thy self and others”.

There is a popular philosophy in the AI community, ‘given enough data AI can solve all of humanity’s problem’. This philosophy has led most people into thinking that AI can solve everything.

Well, current AI cannot solve everything and may never be able to solve just about any problem.

Why do I think so?

I will answer that with a simple question; can we ever have enough data on every existing problems (not to mention new problems)? No we can’t and this is just one simple way to look at it.

Celeste Fralick, chief data scientist at McAfee once said, “I’ve never seen an algorithm yet that does not have bias in it”.

AI have proven over and over again that it cannot be free from bias, at least today. Even AI experts have come to focus on recognizing AI bias rather than eliminating it all together (obvious because they cannot eliminate it).

Indeed, we’ve had smart speakers/assistants like Alexa, Google Home, Apple Home and Galaxy Home that can speak with you, yet, they have no understanding of what they say.

Though we’ve seen social robots like Sophia attend interviews and talk shows, and they seem to be communicating with understanding but that’s not entirely so.

In Sophia’s supposed words “sometimes I’m operating in my fully AI autonomous mode of operation and other times my AI is intermingled with human generated words”.

Hence, though there has been significant progress in conversational language processing, today, AI are far from truly communicating with humans in understanding.

You need to understand to explain right?

Today, they are excellent systems capable of carrying out specific tasks that ordinarily requires a degree of human-like intelligence at best.

Surprised? AI systems cannot see the world the way humans do and inherently cannot relate with it like we do.

A research team in Germany discovered that while humans pay attention to shape in other to recognize images, AI pays attention to textures.

Our intelligence is very sophisticated than a layman would probably imagine.

About that, I give credit to AI systems that have been able to make successful predictions consistently with an accuracy above 90% and of course to their developers.

The use of AIs to make predictions about so many things is becoming more and more common, from its deployment in predicting stock market to medical predictions.

AI is genuinely making waves in the area of predictions, but unfortunately AI systems today cannot make accurate predictions 100% of the time.

This is evidenced by so many unsuccessful predictions made by the same AIs that made successful (accurate) predictions.

Sorry, AIs cannot predict the future at a 100% accuracy, at least not yet.

10. AI cannot do anything meaningful/useful without its training data

AIs are fundamentally built/trained with data, good data and without those precious data, they cannot do anything meaningful or useful.

The things AIs can do and cannot do today. AI is still under deployment and has a very promising future I wouldn’t be surprised to see AI doing things it cannot do today in the future.

And equally am at times taken aback by false information about things AI cannot do today, claiming they can be done by AIs.

If you find this information helpful, feel free to comment below or if you have any suggestions/corrections, I do love to hear them in the comments.

Thanks, browse around for more insightful posts about artificial intelligence.