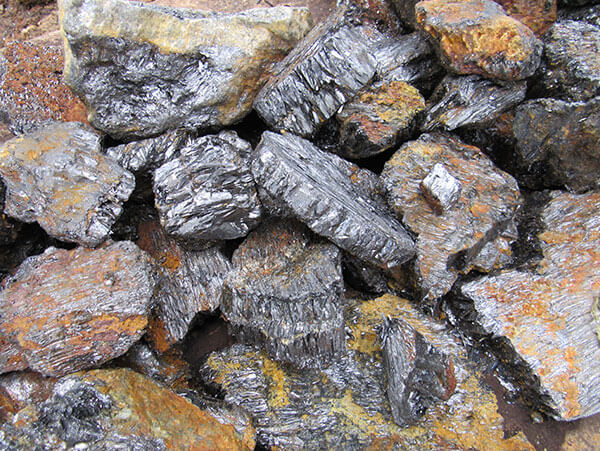 Most of us know graphite from our basic chemistry class. It’s a mineral form of carbon that is the only non-metal element that is a good conductor of electricity. It is found all over the world in high quantity.

For the most part, there is nothing new or thrilling about graphite. Its usage could be traced back to ancient civilizations. In fact, the word graphite is Greek for ‘to write’, relating to its usage in the making of lead (graphite + clay) in pencils.

Nonetheless, our understanding of the economic importance of graphite has been and is evolving, and that is thrilling. Graphite is not just a good conductor of electricity, it is also a good conductor of heat. It has an exceptionally high thermal conductivity (25-470 W m -1) and stability.

All of these characteristics of graphite put together, plus the fact that it copes well with the flow of lithium ions during charging and discharging explains why it is usually used as anodes for Lithium-ion batteries that are used in electric vehicles. Thrilling!

Do I even have to mention that the demand for electric vehicles is increasing exponentially?

Or that the vast majority of electric vehicles are using Lithium-ion batteries?

Perhaps I should mention Graphene batteries, an emerging battery technology made out of an atomic layer of graphite that promises fast charging, lower temperatures, and longer-lasting batteries for EVs and smart devices.

Every growth investor that is looking to capture critical aspects of the EV battery supply chain should be considering graphite stocks. And the demand for graphite goes beyond batteries for EVs as the battery market goes beyond EVs.

If you’re interested in investing in graphite stocks, here are 10 graphite companies to consider:

NextSource Materials Inc. is a battery materials development company based in Toronto, Canada that is intent on becoming a fully integrated, global supplier of critical battery and technology materials needed to power the sustainable energy revolution.

The Company’s 100% owned Molo graphite project is one of the largest known and highest-quality graphite deposits and the only one with SuperFlake® graphite.

The Molo is a feasibility-stage and fully permitted flake graphite project that ranks as one of the largest-known and highest quality deposits in the world. The Molo hosts a National Instrument 43-101 compliant total combined graphite resource of 141.28 million tonnes (Mt) at 6.13% total graphitic carbon (C), with a contained ore reserve of 22.44 Mt at 7.02%C.

In May 2021, the company signed an offtake agreement with Thyssenkrupp Materials (one of the world’s largest materials traders) trading for up to 35,000 tonnes per year of its branded SuperFlake for 10 years from the Molo mine.

The company also has a collaborative partnership with Japanese and Chinese partners currently supplying battery-grade graphite to the Tesla supply chain.

Headquartered in Toronto, the company was founded in 2004 as Energizer Resources Inc. Before it changed its name to NextSource Materials Inc. in 2017.

Tirupati Graphite plc operates as a specialist graphite and graphene producer in Madagascar and India. Its flagship projects include the Sahamamy and Vatomina projects located in Madagascar.

With a unique set of properties, graphite has diverse applications with multiple growth streams while graphene forms the new generation of 2D materials. In support of this, the Company places a special emphasis on “green” applications, including renewable energy generation, energy storage, and composites, and is committed to ensuring its operations are sustainable as well.

The company also offers specialty graphite for use in lithium-ion batteries, fire retardants, and composites. It places a special emphasis on ‘green’ applications, including renewable energy generation and energy storage.

Based in London, Tirupati Graphite plc was founded in 2017.

The electrode is an essential part of the electric arc furnace process used in aluminum smelters and steel minimills. The company operates into one reporting segment namely Industrial Materials.

The company sells its products primarily through a direct sales force, independent sales representatives, and distributors.

GrafTech International Ltd. was founded in 1886 and is headquartered in Brooklyn Heights, Ohio.

Nouveau Monde Graphite Inc is a mineral exploration company that engages in the acquisition, exploration, development, and evaluation of mineral properties in Quebec, Canada. It primarily explores graphite.

The company owns a 100% interest in the Matawinie property that includes 319 mining claims covering 17,585 hectares situated to the north of Montreal, Quebec.

Ceylon Graphite Corp is a graphite mining company. It is engaged in the exploration and production of high-grade graphite.

Ceylon Graphite Corp. is based in Vancouver, Canada.

Focus Graphite Inc is an exploration stage company. The company is engaged in the acquisition, exploration, and development of mineral properties in Canada. Its projects include Lac Knife; Lac Tetepisca graphite and Lac Guinecourt graphite property.

Its flagship property is the Lac Knife property in which it holds 100% interest that consists of 57 claims covering an area of 29,863 hectares located in the CÃ´te Nord region of QuÃ©bec.

In 2017, the company announced its in-house development of highly conductive Ultrafine and Expanded graphite for use in Lithium-Ion and alkaline batteries. Testing indicated the electrical conductivity of Lac Knife’s ultrafine and expanded graphite outperformed both commercially available synthetic and standard flake graphite by up to a factor of 10.

The company was formerly known as Focus Metals Inc., however, as a reflection of its core business, it changed its name to Focus Graphite Inc. in May 2012. The company was incorporated in 1998 and is based in Kingston, Canada.

Graphite One Inc. engages in the acquisition, exploration, and evaluation of graphitic mineral properties in the United States.

It holds interest in the Graphite Creek property which consists of 176 mining claims covering an area of 9,583 hectares located on the Seward Peninsula of Alaska.

Graphite One Inc. was incorporated in 2006 and is based in Vancouver, Canada.

Gratomic Inc., a junior exploration company, engages in the acquisition and exploration of assets primarily in Canada and Namibia.

It explores base and rare metals, industrial minerals, and precious metals.

The company holds a 100% interest in the Aukam graphite project located in the district of Bethanie, Karas Region of southern Namibia covers an area of approximately 137,473 hectares; and a 100% interest in the Buckingham graphite property that includes eight claim blocks covering an area of approximately 480 hectares located in the Quebec, Canada.

It also holds a 100% interest in the Capim Grosso Property, which comprises an area of 426.03 hectares located in Capim Grosso, Brazil.

Gratomic Inc. was incorporated in 2007 and is based in Toronto, Canada.

Syrah Resources Limited, together with its subsidiaries, engages in the exploration, evaluation, and development of graphite in Mozambique. It is a future producer of Active Anode Material with a Tesla offtake deal signed.

The company is involved in the assessment and development of downstream Vidalia active anode material opportunities for natural flake graphite.

Its flagship project is the Balama graphite and vanadium project located in Cabo Delgado Province, Mozambique.

Syrah sells natural graphite in China, Europe, India, the Americas, and internationally. It was incorporated in 2007 and is headquartered in Melbourne, Australia.

Northern Graphite Corporation was incorporated in 2002 and is headquartered in Ottawa, Canada.