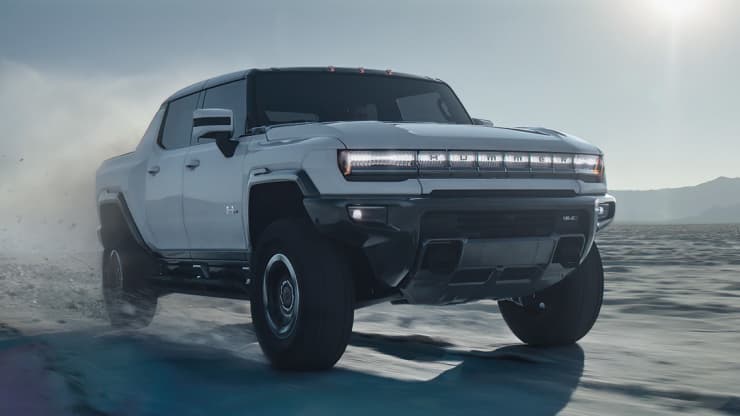 “The federal government also owns an enormous fleet of vehicles, which we’re going to replace with clean, electric vehicles made right here in America by American workers, creating millions of jobs – a million autoworker jobs in clean energy – and vehicles that are net-zero emissions” said President Biden.

I think for quite some time now, the handwriting on the wall has been clear: It’s time for renewable energy to take over. And it doesn’t matter whether you believe in climate change or don’t.

Over the next couple of years, public policies and billions of dollars are going to fly massively in favor of clean/green/renewable anything. As would be, the transportation sector is going to be one of the first sectors to experience the renewable energy revolution.

According to a 2019 report by the United States Environmental Protection Agency (EPA), “The transportation sector generates the largest share (28.2 percent) of greenhouse gas emissions in 2018”.  And in 2011, the EPA reported that the transportation sector generated 14 percent of global emissions, standing as the fourth largest source of global greenhouse emission in 2010.

If the Biden administration is to tackle climate change head-on and effectively, they are expected to fast-track the transition to clean means of transportation. And this should make electric vehicle stocks become red-hot.

As a matter of fact, after President Biden pledged to transition the U.S. Government fleet of vehicles with electric vehicles, shares of EV stocks like Tesla, Workhorse, and Lordstown went up as much as 10 percent in pre-market trading the following day.

If you are a growth investor, you’ve got to be exposed to renewable energy stocks, especially EV stocks, and keep a close watch on Electric Truck stocks.

According to a forecast by AlliedMarketResearch, “the global electric truck market size was valued at $422.5 million in 2019 and is projected to reach $1893.1 million by 2027, registering a CAGR of 25.8% from 2020 to 2027”. The projected growth rate of the electric truck market is quite promising, especially when you consider the fact that the EV market, in general, is expected to grow at a CAGR of 22.6% in the same time frame.

Electric trucks, especially heavy-duty electric trucks, will be a hard nut to crack, however, once cracked the promise would be more than worth the ride.

Moreover, electric pickup trucks are expected to hit the market this year, and this will expectedly fuel interest in electric truck stocks and cause significant rises in stock prices of notable companies in the space.

According to the latest Federal Fleet Report, the fleet consists of over 645,000 vehicles. And over 412,000 of the fleet is trucks (this includes Light Trucks, Medium Trucks, and Heavy Trucks).

If the government follows through on their plan to transition the federal fleet to electric vehicles, that’s potentially over 400,000 orders of electric truck for US Electric Truck Companies. And that volume of orders alone has the potential to transform the EV Truck Market for good.

One would not expect Tesla’s Cybertruck to make it (in mass) to the US government fleet, would you? I wouldn’t.

How about an electric Chevy pickup? A match in heaven.

GM is on its way to an all–electric future, with a commitment to 30 new global electric vehicles by 2025 and has announced that it will spend $27 billion dollars on electric and autonomous vehicles, with a vision is to create a world with Zero Crashes, Zero Emissions, and Zero Congestion. The Perfect story, for a stock in the EV space where growth is fuel a lot by stories.

GM, in a statement to CNBC, said it is “encouraged by President Biden’s commitment to supporting American manufacturing and looks forward to reviewing the details of the order.”

General Motors is one of the forerunners to benefit from the US government fleet transition with electric vehicles. More so, the company has been strategically positioning itself to grab a huge share of the EV market. It’s a value stock with huge growth potential. I strongly recommend buying GM, it’s my favorite EV stock for the long term.

The company have been making strategic moves over the years to have a strong footing in the EV space by electrifying its vehicles.

The company is gearing to ramp up deliveries of Mach-E Mustang EV model in 2021, an EV that won ‘the best SUV of the year” at the 2021 North American Car, Truck, and Utility Vehicle of the Year (NACTOY) Awards.

What makes Ford a promising play for the EV truck space is its new and exciting electric F-150 that will be launched in mid-2022. The Ford F-150 was named the best truck at the 2021 NACTOY Awards.

A new study from Cox Automotive shows that the Ford F150 Electric and the GM Hummer EV are the most popular in terms of appeal, along with other vehicles like the Rivian R1T and Tesla Cybertruck. The study confirmed that when it comes to brand strength in pickup trucks, Ford is still the leader, even when it’s narrowed to electric pickups.

Surprisingly, Tesla was ranked the lowest among important attributes that matter the most to pickup truck shoppers, as per the study.

Sooner rather than later, the EV premium will be applied to Ford’s stock.

Workhorse’s major product that rakes in the bulk of its revenue is its line of all-electric delivery vans, which come in 650 cubic foot and 1,000 cubic foot sizes. The latest generation of its delivery van is the all-electric C-Series vans that has a range of 100-mile.

Its previous generation of delivery vans, E-100 and E-GEN, has more than 8.5 million miles on them as they are used by some of the premier package delivery companies in the world including UPS, FedEx Express, and DHL.

WKHS is currently trading with a P/E ratio of over 3000, it has a very weak balance sheet which should trouble long-term investors. However, one the bright side, it is generating revenue, something a lot of EV stocks are currently incapable of.

What a market the EV market is today, a market where just generating revenue is dimmed a plus for a company whose last reported a net profit margin of -14,898.12%.

As Biden announces what would be ‘the largest mobilization of public investment and procurement, infrastructure and R&D since World War 2’, in his words; it is worth noting that 225,000 of the 645,000 vehicles in the federal fleet are post office vehicles.

Workhorse Group Inc. has bid for the post office vehicle contracts but the process is stalled. The bulls of the company’s stock are hoping that it will win a significant portion of the contracts.

Deliveries of the Lordstown Endurance are expected to begin in September this year, with full production ramping up throughout 2022.

That notwithstanding, On the 11th of January 2021, the company said it now has more than 100,000 reservations for its flagship vehicle, Endurance.

The CEO of the company, Steve Burns, said that all of those 100,000 reservations are from operators of commercial fleets, and that the average order size is close to 600 trucks.

This entails that around 170 businesses made a pre-order for their flagship vehicle that is expected to commence full production next year.

However, you should note that those reservations are not binding and the businesses that place them are not obligated to follow through with purchase.

The CEO of the company also noted that government fleet operators, including U.S. military representatives, have also expressed interest in the truck.

Lordstown Motors is expected to, at least, get some business from the US government following the President’s plan to transition the federal fleet with electric vehicles.

The company was founded in 2019 and is based in Lordstown, Ohio.

The company is pushing to crack the hardest nut in the EV truck space through its flagship product, the Hypertruck ERX, a long-haul EV truck.

The Hypertruck ERX runs on a combination of natural gas and batteries. And the natural gas it uses is produced from bio-waste, making them renewable. Hence, the company can boast of a net-carbon-negative emissions solution for its trucks.

Hyliion claims to have connections to the trucking industry, as it lists C.R. England, Penske, and Ryder as its customers. However, it is yet to generate revenue.

The company was founded in 2018 and is based in Cedar Park, Texas.

Hyliion is an EV truck company to keep an eye on as the global heavy-duty trucks market is projected to reach USD 538.8 Billion by 2026.