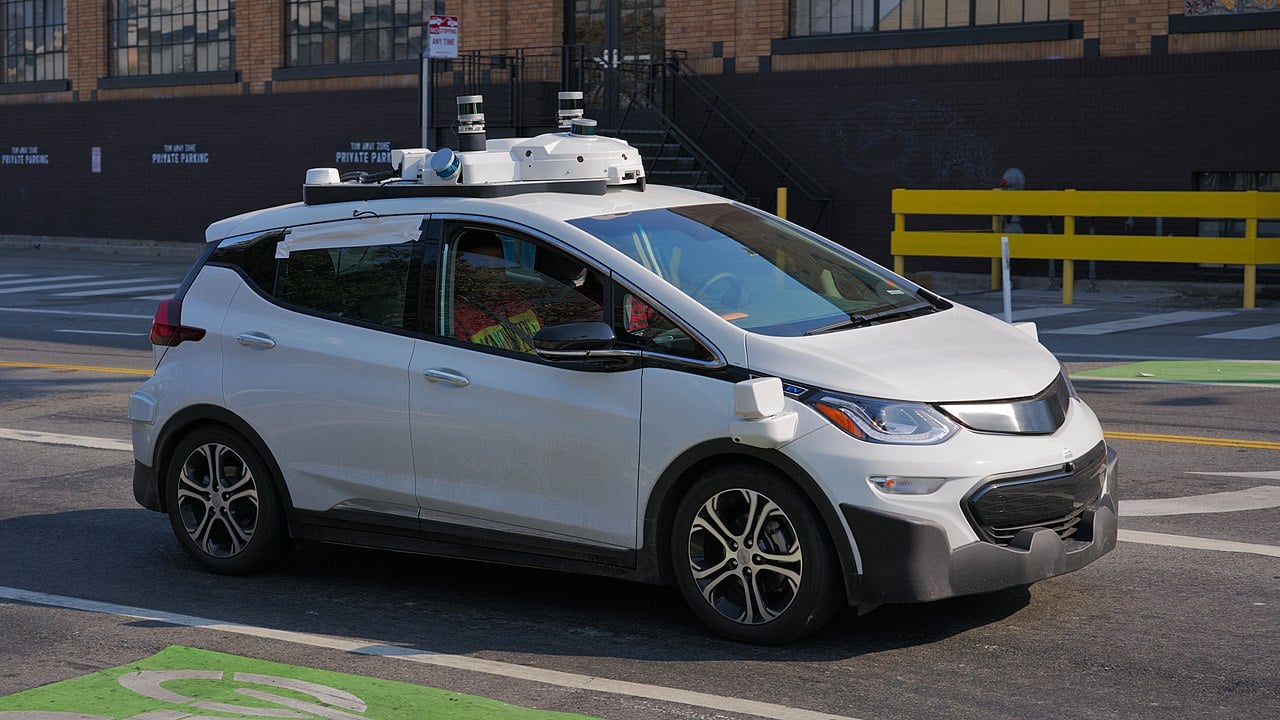 There was so much optimism about the progress and development of self-driving cars for decades now. And in the past five years the optimism was so high that in 2015, the Guardian predicted that by 2020, you’ll be a “permanent backseat driver”, and in 2016, Business Insider published an article titled “10 million self-driving cars will be on the road by 2020”.

If you ask me, I’d say that self-driving cars are here, now, in 2020. Maybe not 10 million of them but we have advanced self-driving features in many cars on the road, today. That Business Insider report in 2016 defined a self-driving car “… as any car with features that allow it to accelerate, brake, and steer a car’s course with limited or no driver interaction”.

Do we have cars with features that allow them to accelerate, brake, and steer a car’s course with limited or no driver interaction? Yes, we do. Tesla, BMW, and Daimler (Mercedes) all have cars on the road that have these features.

Nobody with an in-depth knowledge of the development of self-driving technologies is naïve about the difficulties with developing the technology. We know that these cars (Tesla Model S, BMW 7 Series, and their likes) are not exactly what consumers are expecting to be complete self-driving cars. And neither was that 2016 Business Insider article.

Industry experts and self-driving enthusiasts are, mostly, not denying the fact that driverless cars remain a long way off, and I find this interesting.

For instance, a significant chunk of Tesla’s valuation and growth this year can be tied down to its development of self-driving technology (the Tesla Autopilot).

If you are looking to invest in self-driving car companies, here are five promising Self-driving Vehicle Stocks for 2022:

Aptiv is a global technology company that develops safer, greener, and more connected solutions enabling the future of mobility. The company is focused on developing and commercializing autonomous vehicles and systems through its joint venture with Hyundai, Motional.

Its evolution as a self-driving car company can be traced back to 2015 when the company acquired Ottomatika, a company that provides automated driving software solutions and manufactures products for driver assist and automation features for vehicles. In 2017, Aptiv also acquired NuTonomy, another company that made software to build self-driving cars and autonomous mobile robots.

Aptiv has since been expanding its footing in the global self-driving market, most notable is its expansion to the Chinese market through the establishment of the company’s China Autonomous Mobility Center in 2019.

Over the years, especially since its spinoff from Delphi Automotive, Aptiv has prepared and strategically positioned itself to benefit from the future full self-driving market, and importantly, the company has not overlooked the current semi-autonomous driving market.

Aptiv is in the self-driving business of today, the company is currently selling hardware and software solutions used in semi-autonomous self-driving cars to some of the world’s largest Automakers.

The company provides electrical, electronic, and safety technology solutions to the automotive and commercial vehicle markets. It operates through two-segment, Signal and Power Solutions, and Advanced Safety and User Experience.

The company’s involvement in today’s semi-autonomous driving markets makes it one of the smart investors’ favorite self-driving stocks for 2021.

General Motors is one of the largest automakers in the world with over 100 years of history, the company designs, builds, and sells cars, trucks, crossovers, and automobile parts worldwide. It markets its vehicles primarily under the Buick, Cadillac, Chevrolet, GMC, Holden, Baojun, and Wuling brand names.

The Auto Industry has been crying for a revolution for decades, and large traditional automakers have been ignoring the cries, however, that revolution is happening now in form of Electric Vehicles (EVs) and Autonomous Vehicles (AVs).

Revolutionary EV companies like Tesla have spearheaded the EV revolution and are already challenging and threatening the market dominance of large traditional automakers like General Motors.

General Motors has risen to become Tesla’s major competitor, having established a strong technological footing in the Electric Vehicle market. It has promised to have 20 electric vehicles ‘on sale’ by 2023 (far more than Tesla), with the GMC Hummer EV slated for 2022. And the company says, it intends to sell a million EVs by 2025 in North America and China.

Of course, General Motors’ exploits in the EV world is one of the reasons why it has regained its spotlight position in a revolutionizing Auto Industry. However, its advances in developing autonomous driving technologies is the reason it’s one of the best Automaker stock to own for 2022 and beyond.

An autonomous driving bet on General Motors (GM) is a bet on Cruise, a majority-owned subsidiary of General Motors. Cruise is a self-driving car company focused on testing and developing autonomous vehicles, a graduate of the Y-Combinator (a startup accelerator), that was acquired by General Motors in 2016.

Today, GM’s Cruise has risen to be one of the top three self-driving car companies in the world, together with Alphabet’s Waymo and Tesla.

The company, through its commitment to a changing market, has proven to be one of the smart investors’ favorite self-driving stocks for 2022.

As a self-driving car stock, Telsa has lots of advantages. For Instance, when its fully self-driving technology comes to light, Tesla won’t be looking to enter the market, it would have already had a strong footing in the Auto market.

When it comes to semi-autonomous vehicle systems, Telsa has arguably the most advanced system in the world. The Tesla Autopilot (its semi-autonomous driving system) enables Tesla cars with the ability to auto navigate and be summoned from parking spaces and garages. Tesla’s vision for fully self-driving cars is to upgrade the base capabilities of Autopilot into offering full self-driving.

There’s always a steady upgrade to Tesla’s Autopilot system, software, and hardware-wise. And this is making the system get closer to full self-driving capability. The Tesla Autopilot over the years has been gradually featured with Adaptive Cruise Control, Autosteer, lane departure warning, auto lane changing, smart summon and traffic lights, and stop signs recognition among others.

Tesla’s stock has been one of the few success stories in a 2020 market that was heavily impacted by a global pandemic.

No truth-telling investor will say he/she foresaw Tesla’s stock price rising as high as it has in 2020 before the market opened on the 2nd of January, 2020.

Tesla started this year in an incredible fashion on the back of it’s impressive 2021 delivery report, it’s getting so much love from diehard customers and investors, and at the moment, it feels like there is nothing capable of crashing Tesla.

Will Tesla’s stock perceived overvaluation lead to the stock crashing hard come 2022 or is it still a safe and good bet for a position in the self-driving market?

Back in September 2020 when I answered a similar question (Is Tesla stock going to crash or continue to rise), I noted that “on the short-term, Tesla’s stock could crash (slide) down to as low as $250 per share but the stock will continue to rise long term way beyond $600 per share”.  Today, Tesla’s stock has indeed risen way beyond $600 per share as I predicted, however, the rise came faster than I imagined.

Tesla as a company is doing almost everything right, and it’s only normal that investors and customers reward them with loyalty. And there’s little suggesting a potential Tesla crash come 2022 as long as it keeps doing what it is doing and better. With the experienced and incredible management team Tesla has, I reckon they will continue doing better and 2022 will be a much better success stock for the EV maker.

Electric Vehicles (EVs) and autonomous vehicles (AVs) are the future of vehicles and at the moment, Tesla seems to be a carmaker from the future.

And you don’t want to miss out on Tesla if you are interested in investing in the self-driving market long-term.

It intends to produce a line of purpose-built (Level 4) L4 autonomous semi-trucks for the North American market.

The company was founded in 2015 and is based in San Diego, California.

Aurora Innovation, Inc. operates as a self-driving technology company in the United States.

Its flagship product is the Aurora Driver, a platform that brings software, hardware, and data services together to autonomously operate passenger vehicles, light commercial vehicles, and heavy-duty trucks.

The company was founded in 2016 and is headquartered in Pittsburgh, Pennsylvania.