Oh, self-driving car, when will thou be fully autonomous?

Cars that drive themselves, by themselves, have long been hoped for. And with recent advancements in the development of self-driving technologies, the hope of having fully autonomous vehicles running the show on our roads is becoming more realistic by the day.

According to a J.D. Power survey, auto and tech industry experts predicted it will be at least a decade from now before fully autonomous vehicles are being sold to private buyers.

Back in 2010, tech companies promised the world that fully functional self-driving cars would be on the road by 2020. And in 2015, the Guardian predicted that ‘in 2020, you’ll be a permanent backseat driver’. It’s now a decade after Google unveiled an autonomous car prototype and we are still a long way from having the real thing.

Many cars with semi-autonomous features (level 4 autonomous vehicles) are currently being sold to private buyers. And this is getting investors and enthusiasts excited about the prospects of self-driving.

Companies like Telsa that are heavily involved in the development of self-driving technologies have seen overvaluation in the private and public market as a direct result of their role in developing the tech. This, if anything, points out the faith of investors in the self-driving market.

Of a truth, fully self-driving technology far ahead, however, a lot of companies are currently making billions of dollars from the market today. Here are the best self-driving stocks to buy and hold for the long-term.

NVIDIA Corporation was founded in 1993 and is headquartered in Santa Clara, California.

The QTL segment grants licenses or provides rights to use portions of its intellectual property portfolio, which include various patent rights useful in the manufacture and sale of wireless products comprising products implementing CDMA2000, wideband CDMA, CDMA time division duplex, long term evolution, and/or fifth generation standards and their derivatives.

The QSI segment invests in early-stage companies in various industries, including artificial intelligence, automotive, digital healthcare, enterprise software and solutions, mobile and networking and investment for supporting the design and introduction of new products and services for voice and data communications, and new industry segments.

The company also provides development, and other services and related products to the United States government agencies and their contractors.

QUALCOMM Incorporated was founded in 1985 and is headquartered in San Diego, California.

The company offers platform products, such as CPU and chipset, system-on-chip, and multichip package products for cloud, enterprise, and communication infrastructure markets.

In addition, it offers boards and systems, such as server boards and small form factor systems; and connectivity products for cellular modems, Ethernet controllers, silicon photonics, Wi-Fi, and Bluetooth.

The company was founded in 1968 and is headquartered in Santa Clara, California. 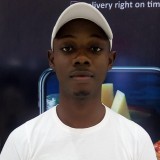 I'm a Tech Stock Analyst, with focus on companies developing cutting-edge techs. Keeping track of cutting-edge techs, companies and stocks is what I do almost everyday. And I love it. Whether it's artificial intelligence, 5g, or autonomous vehicles; I'm all in.